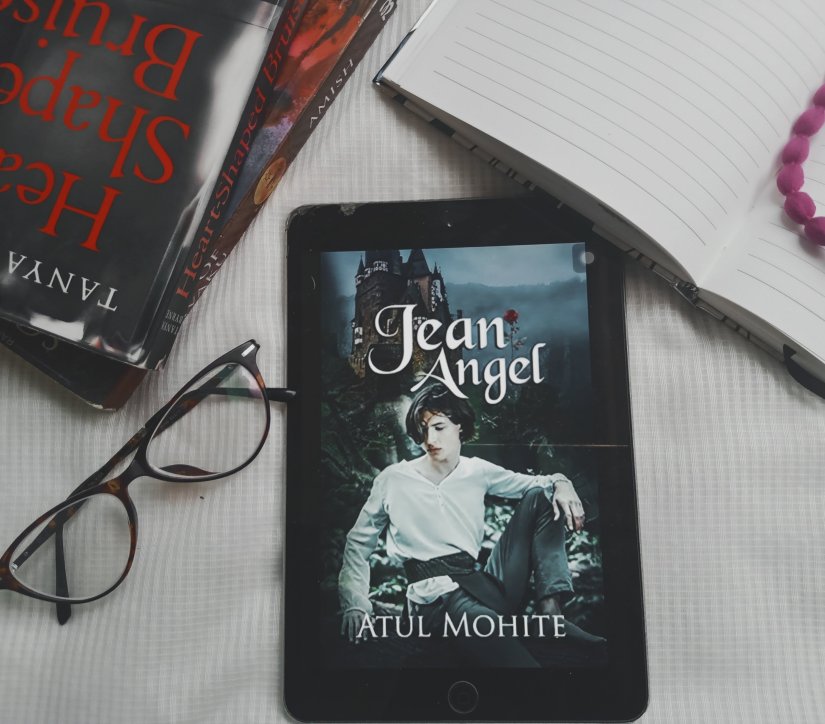 Fifteen year old Jean was born in Zeasia but brought up in Kala Nagari, which is across the other end of the river. The reason for he not being raised in the kingdom where he was born is the fact that he was born out of an extramarital affair of Queen Tara with Shyam, who receives a tortured death as the king returns from his travelling. The Queen then decides to run away as the king begins to harass her for what she had done. She reaches Kala Nagari, where she lives with Radha who earns her living through providing service to the travellers. There, lives another traveller named Jean, raised as Radha’s son! Unaware of his origins, Jean struggles through school & becomes a misfit immediately as he goes through strange dreams & hallucinations of a person that he calls Angel. He stops going to school, soon enough, & takes all his training from Angel that includes physical training & controlling his emotions through meditation. The hallucination can be due to his excessive reading he does for understanding his personality, but he is too young to realize that. He carries a birth scar of ‘J’ on his chest that he is supposed to hide from others since it might look strange to the others. While the scar, is why he receives the name ‘Jean’ meaning the God is gracious. At Zeasia, King Robert continues to kill those suffering with mental illness since he believes in a prophecy that his kingdom will be finished by ‘someone who could see things that others cannot!’ Clearly, Jean qualifies as one such person. Will he bring the mighty king down fulfilling the prophecy

“Jean Angel”, novella by Atul Mohite revolves around 15 year old boy Jean, who was born by the extramarital affair of queen Tara and a man named Shyam. The story takes us to otherworldly fantasy landscape, Kingdom of Zesia and Kala Nagri with king, queen, throne, magical prophecy, revenge and villain.

What is the heart of the book is that it is a fast paced adventure, fuelled with themes of questing and redemption. Reading this book is the exhilarating experience. It made me believe that everything is possible.
But what the story lacks is the originality with all the prophecy of the God’s chosen one killing the brutal king and saving the kingdom (The book constantly reminds me of Bahubali mixed up with Indian mythology). Though the author makes up for it with audacity and story execution.

The narration is fine and cover each and every pace in a effortless way but what it lacks is the complexity which the story demands but despite this I found myself engaging with the story and couldn’t put it down till it’s completed and I found myself asking for more.
The climax is perfectly executed “end is the beginning” and I was left wishing the next part would come sooner.